St. Charles Health System was looking to replace their legacy communication methods, which consisted of inadequate, unsecure, and out-of-date technology.

Initially, the team at St. Charles was looking to find a solution to help meet a Joint Commission requirement, which mandated read-receipts capability for their method of communication. They were also looking to avoid HIPAA violations that could result from sending protected health information (PHI) in an unsecure way, such as text messaging.

Bo Miller, Medical Informaticist at St. Charles Health System, says that he “saw a convergence of two problems, that could be taken care of with one solution.”

It was with those needs in mind, as well as a focus on allowing their care providers to connect and communicate with each other, that Bo Miller and his team chose to implement Imprivata Cortext® for secure messaging.

Once Miller and his team had selected Imprivata Cortext as their secure messaging solution, they needed to decide on how best to roll it out to their facilities.

Miller and his team needed to ensure that everyone understood Imprivata Cortext, as well as the benefits of it – essentially, they needed to communicate about their new communication solution. This involved face-toface meetings, where Imprivata Cortext and the choice to implement a secure texting solution were explained.

Another challenge, Miller says, “was that we didn’t have the most technologically savvy group of care providers. Even getting everyone on board with having a smartphone in 2015 actually posed a bit of a challenge.”

The team at St. Charles took their time to meet with specific medical groups who they knew would be super users, based on workflow audits, including their hospitalists and their trauma surgery group. These groups drove initial adoption once Imprivata Cortext had been deployed.

Early adoption of Imprivata Cortext was driven by high usage from members of the hospitalist group. Ensuring that their expected super users were involved early meant that further adoption was successful, enabling care providers throughout the system to collaborate, connect, and communicate effectively and securely.

“Essentially,” Miller says, “the ‘cool kids,’ who had incentive to use the solution, started with it, which helped promote adoption in other areas of our health system.”

Miller and his team were also happy to see that Imprivata Cortext was being quickly adopted by care providers who had received little-to-no training. This was just one of many reasons St. Charles Health System was happy with their selection of Imprivata Cortext.

“Its intuitive nature has actually enhanced our adoption of the solution,” Miller says, “because care providers don’t feel overburdened by technology.”

Since St. Charles had performed workflow analyses with Imprivata prior to deploying Imprivata Cortext, Miller and his team knew which departments would need to be in touch with each other, and the frequency with which they would need to communicate. That step proved to be helpful, as it became clear that adoption of Imprivata Cortext would not interrupt existing workflows.

“It started saving time from a texting standpoint,” Miller says. “We didn’t have to break the provider out of their workflow or away from patient interactions.”

One place where St. Charles Health System saw a particularly high ROI was the pharmacy department – which, Miller says, was actually unexpected. Pharmacists could clarify medication orders in real time, which resulted in huge time savings, and was one of the biggest wins that Miller and his team saw.

“Pharmacists were saving 30 to 45 minutes per shift, which our CFO was quite excited about,” Miller says, “especially when you equate that out to the actual money saved, and the amount of work you get back.”

While St. Charles Health System initially rolled out Imprivata Cortext to more than 700 people, Miller suggests that when deploying, it makes sense to start with smaller groups of people that need to communicate with one another. When adding on additional groups and departments after an initial rollout, a focus should be placed on defined use cases for communication – an effort that will ensure continued use, adoption, and functionality.

“In a sense, it seems it would be easier to deploy with a larger group, which is what I initially thought,” Miller says. “But the variability of technological savviness is profound. Starting off small gives you a good idea of what resources you’re going to need.”

Without executive buy-in up front, though, none of this would be possible. It was absolutely necessary to St. Charles Health System’s success.

“There is no way that you will, in my view, be successful if you do not have the executive team behind you,” Miller says. “Plus, with executive buy-in, it really becomes an organizational initiative." 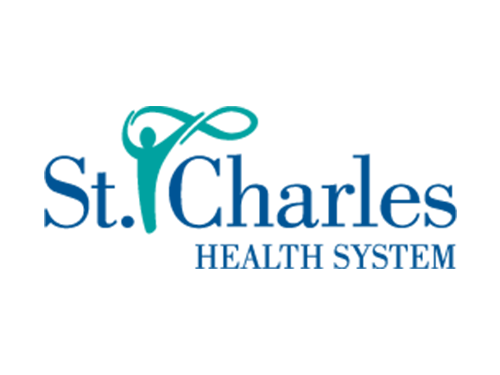