Parkview Adventist Medical Center clinicians get security at their fingertips

Parkview Adventist Medical Center, opened in Brunswick in 1959, is the first modern medical facility in mid-coast Maine. A 55-bed acute care hospital with six affiliated physician practices, Parkview is recognized for delivering the highest quality patient care and achieving IT efficiencies that boost productivity and increase security. In early 2009, Parkview achieved HIMSS Analytics Stage 6 Status for Electronic Medical Records (EMR) Adoption. Only 69 of the 5,166 hospitals in North America have reached Stage 6, so it was especially gratifying when this small hospital with a shoe-string budget became the 23rd organization to accomplish this.

In 2005, long before the American Recovery and Reinvestment Act (ARRA) of 2009 was driving interest in EMR, Bill McQuaid, AVP and CIO at Parkview, decided that it was time to move the facility from a heterogeneous, best-of-breed environment to one that utilizes a comprehensive Healthcare Information System (HIS). With the goal of reducing costs, increasing productivity and tightening security, he evaluated a number of options and determined that MEDITECH, with advanced clinical applications, would best serve Parkview’s needs.

McQuaid knew EMR would bring benefits such as making essential data— demographics, problem lists, medicine lists, diagnostic results—available in an organized and updated format to any clinician within the hospital system. However, he was concerned that Parkview’s doctors and clinicians would not embrace this new technology. Clinical staff were already struggling to remember their passwords, and would not welcome a new system that would require them to remember several additional, complex passwords in order to access patient data. McQuaid needed to ensure the new EMR system would improve user workflows and speed access to patient data—without tempting clinicians to write down or share passwords.

McQuaid and his team began the process of investigating single sign-on solutions that would work with the MEDITECH system and support fingerprint biometrics. In working with partner Forward Advantage, the search quickly led them to Imprivata OneSign® , the leading employee access management system for healthcare. Imprivata OneSign’s all-in-one package and easy deployment were imperative for Parkview’s small team. The fact that the solution is appliance-based was a real plus.

McQuaid and his team realized that integrating finger biometrics with Imprivata OneSign is easy. Users enroll one or more fingerprints via a scanner, which then records in a file associated with each user’s identification information. Thereafter, when logging in, the user scans their finger, and the print is compared to the print on file in order to complete the authentication process. Knowing he would need the physicians’ support to implement a new HIS system, McQuaid arranged a series of presentations during which he demonstrated to doctors how easy it is for them to gain access to applications with SSO and finger biometrics—and they were sold.

The deployment of MEDITECH and Imprivata OneSign was remarkably fast. With an IS team of only six people and the help of a handful of superusers, Parkview implemented 23 MEDITECH modules in less than six months, and then implemented the last 14 modules incrementally, with e-prescribing for physician practices being the last piece of the puzzle. The installation included a full set of departmental clinical applications, as well as advanced clinical system applications, and the full suite of financial and administrative applications. Simultaneously, the team deployed Imprivata OneSign in only two days.

Since 2004, Parkview’s users have been authenticating via finger biometric readers placed on stationary PCs or computers on wheels (COWs) throughout the hospital to access EMR. Parkview’s physicians and clinicians are delighted that they can access all patient information with just the swipe of a finger. When a clinician steps away, the screen is automatically “wiped clean” after three seconds, which helps ensure compliance with HIPAA privacy mandates. This implementation has saved the hospital money, improved productivity and increased security—all pivotal steps to achieving HIMSS Analytics Stage 6 EMR recognition. 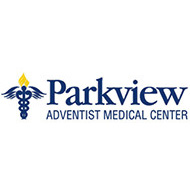