Southend University Hospital (SUH) is an NHS Foundation Trust serving the southern half of the county of Essex; a local population of over 300,000. Beyond the hospital, the trust is also responsible for a range of outpatient centres, health centres and other community outreach facilities. The Trust maintains nearly 700 inpatient beds with over 4,400 staff; and during 2014-15 admitted just under 100,000 inpatients.

As with all NHS Trusts, the concepts of Single Sign-On (SSO) and authentication were well understood by both the IT team and clinical staff. However, financial and operational pressures mean there is always significant competition for IT budgets. SSO had been firmly on the technology agenda for almost two years, and Imprivata had already conducted a time-and-motion study which demonstrated potential savings of 3-5 minutes per patient engagement, through the use of Imprivata OneSign® in the A&E setting. This represented a significant return on investment given that the 4-hour wait-time for A&E is a priority mandated target for hospitals across the UK.

The impetus to fully engage with an authentication provider was a blend of challenges which will be familiar to all healthcare providers:

More technology in use: Clinicians and the IT teams which support them are dealing with an ever-greater roster of applications being used on an increasingly broad number of devices. Clinical buy-in is the difference between these new tools generating genuine efficiencies and a weak return on investment due to a poor user experience. At Southend, the adoption of e-prescribing was just one example of the increasing application of technology to clinical workflows – and how smoother access could enhance the end-user experience of a new clinical application. Dr Saif Abed, EMEA Medical Director at Imprivata, comments “Clinical staff today are more tech savvy than ever and expect to be engaged from Day 1 of any IT project that’s going to impact them as end-users. Positive clinical engagement is the difference between the success and failure of any IT implementation in healthcare.” As the government’s strategy moves from paper-based, via paper-lite, to paper-free on exclusively digital systems, this need for immediate engagement will only grow stronger.

A clear role for technology in achieving care standards: The hospital’s Strategy Board – which includes clinical, operational and IT staff saw that technology will be a major contributor to the resolution of challenges relating to care quality and efficiency whilst minimising disruption to the day to day activities of clinicians. This is particularly important for the organisation as a whole due to the increasing scrutiny trusts are facing from the CQC and newly formed NHS Improvement. Imprivata Sales Director, Ian Chapman, says “Even though we have always managed to show time savings, what matters is that those saved minutes translate into key pillars of success in clinical care efficiency: lower waiting times, higher throughput and an improved bottom line."

The need for enterprise-grade security – and proof of it: IT Project manager, Kate O’Leary says “The context of SSO for us was clinically driven. With the introduction of more clinical applications and an increased number of passwords to remember, there was a requirement for improved security but with fast access”.

O’Leary says, “We spoke to other Trusts to gather a sense of confidence in the marketplace for SSO. Hospital IT is fragmenting more rapidly today than ever, and there is no one-size-fits-all solution; so we wanted to see how other Trusts had deployed SSO and how well they integrated with our existing applications and planned deployments.”

“During the proof of concept we were impressed with Imprivata, who successfully profiled a selection of clinical applications.”

Application Profiling is the process by which Imprivata OneSign connects with all the other applications it has to support. Of course, if an SSO service fails on just one application (or requires overburdening customisation to deliver support), then the whole enterprise is of ever more limited value. But these applications have thousands of possible permutations. At Southend, as well as SystemC’s Medway PAS, JAC e-prescribing and Sunquest’s ICE Desktop for pathology, there is bespoke software to contend with.

Third Line Support Analyst Dimple Barot adds “For the proof of concept, we installed an Imprivata physical appliance on one of our Device Manager Servers and profiled some applications. It was incredibly easy and we also now have the skills in-house to manage our own application profiling as new services come on stream.” In fact, the three test profiles were engineered in under four hours by the Imprivata OneSign team.

Deployment was similarly fast. Barot says, “Like most IT teams, we have a ‘change freeze’ across the Christmas period, but we were confident that we could roll out Imprivata to A&E in under a month. In the first week of December 2015, an Imprivata deployment consultant helped us configure our infrastructure and applications and then conduct testing and rollout. We were ready in under two weeks”.

A&E was chosen as it was most likely to benefit from Imprivata OneSign. “It’s a complex working environment with its own unique security issues”, says O’Leary. “By December 10th, we had a couple of machines live to begin enrolment and establish familiarity with medical staff. By the start of 2016, SSO was deployed throughout A&E.”

The surgical specialties are next, with departments following at a rate of up to two per week, dependent not on technology but on accurately matching clinical workflows to ensure that clinicians find it simple and natural to use. Again, these departments and the 30+wards will implement Imprivata OneSign with no external support: deployment is simple enough to be handled entirely in-house.

Clinical spokesperson, James Brown, says “From a strategy point of view, the “stick” requirement of increased security was easily satisfied with the “carrot” of faster log-on.

Barot and O’Leary both say that whilst “the original attraction was about saving time”, the most interesting benefits are less quantifiable, yet just as important. Says Chapman, “Our initial study of course showed time savings on individual logins. But when it’s easier to log back into an application, clinicians may be more inclined to do so, and more often. They may look more regularly at old records, enriching their clinical decision making process and in turn improving patient care and safety. And what about removing the frankly unmeasurable cost of diverted attention? Every time a clinician has to reboot, change logins or look up passwords; their attention is sapped away, their focus is lost. It’s these incidental distractions which create errors as well as wasting time.”

O’Leary is also looking for softer outcomes than saved minutes. “At two weeks in, it’s too early for a hospital-wide statistical analysis”, she says. “But we have regular meetings among clinicians, and their early feedback is positive. Along with comments about clinical efficiency, the interesting result has been a marked improvement in clinical attitudes to technology. Simplifying logins removes one of the biggest barriers to adoption of IT across the board.” Chapman adds, “And this is the most important value-add of OneSign. By making it easy for clinicians to use data tools in their everyday activities, everything falls into place. It supports compliance: not only do people stop sharing passwords, they instead choose to keep better records and do more with the information at their disposal. As we move from bundles of notes on trolleys to the digital doctor, governance demands that good behaviour, but Imprivata makes it a clinical benefit rather than a chore.”

Today, over 4,500 staff across the Southend estate have access to the Imprivata password management and reset toolkit. Imprivata OneSign is being rolled out progressively to selected clinical staff department by department. Staff will be issued with the correct authentication technology, so all staff can be OneSign-enabled in future. O’Leary adds, “And we will shortly be implementing a reduced lockout for security purposes; something which would be practically intolerable for users without the seamlessness provided by Imprivata OneSign.” Clinical spokesperson, James Brown, agrees: “Without doubt Imprivata OneSign is a significant clinical enabler. OneSign will ensure that our clinical staff will not be hindered once screen saver passwords are enforced across the organisation.” 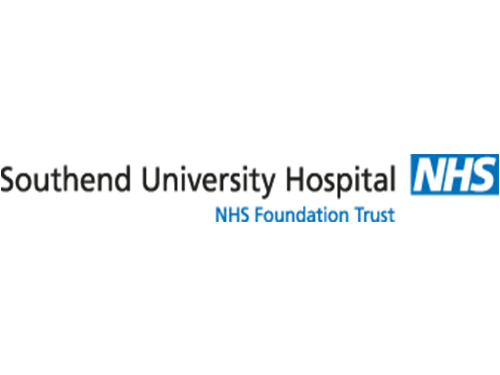