Reducing login times and overhead with virtualization and SSO

Jefferson Radiology is the largest radiology private practice group in Connecticut, with 10 outpatient imaging facilities and seven affiliations with regional hospitals. Jefferson offers a full spectrum of imaging services to patients, including both diagnostic and therapeutic radiology.

Like many organizations adopting virtual desktop infrastructure (VDI), Jefferson Radiology was looking to lower the cost and time needed for desktop deployments, gain the ability to upgrade multiple desktops at once, and maintain patch levels.

However, there was also a focus on improving clinician productivity. Providers needed the ability to access virtual desktops that will roam with them as they move around the hospital. Jefferson Radiology also wanted to decrease the time clinicians spent logging in, which would speed up access to patient records and improve care.

With those needs in mind, the Jefferson Radiology team quickly realized that implementing VDI and single sign-on (SSO), from Imprivata, could help them streamline those clinical workflows.

Before Barrett and his team began deploying SSO and VDI, they had to make sure everyone was on board. That meant making sure stakeholders completely understood how VDI would be useful. It took Barrett and his team about a year to get management buy-in, after explaining the architecture, costs, and benefits of the solution.

Once the VDI project was greenlighted, Barrett and his team took their time to put a well-thought-out strategy and plan in place.

“I read a lot of horror stories about people just deploying VDI and hoping it would work, without really planning,” Barrett says. “We really took our time in the proof-of-concept stage.”

Before deploying, Barrett and his team carefully considered the workflows that existed at Jefferson Radiology and used that knowledge to define their needs. VDI was rolled out on a department-by-department basis to address those different workflows.

“It was important for our radiologists to have the same desktop experience, with the same icons and default preferences,” Barrett says. “And they found that to be much easier than before. It actually got to the point where people were asking for it before we could support the different use cases.”

Taking VDI and SSO to the next level

With the initial deployment of VDI and SSO complete, Barrett and his team are focused on pushing their VDI to “everywhere we can.” He adds, “I would say we’re probably about 70 percent virtualized; I’d like to get up to 90 percent.”

Barrett and his team have also turned their attention to mobile devices and how they manage their bring-your-own-device (BYOD) strategy. With the help of VMware AirWatch, Barrett is beginning to get a handle on how to make mobile a key part of the workflow.

“We’re just starting to get into a deeper understanding of AirWatch,” he says. “We’re really getting to see how we can manage the devices and different profiles.

Jefferson Radiology’s VDI and SSO deployment was successful because of the planning that Barrett and his team did prior to implementation. Thinking it through completely, he says, is mandatory for achieving later success. 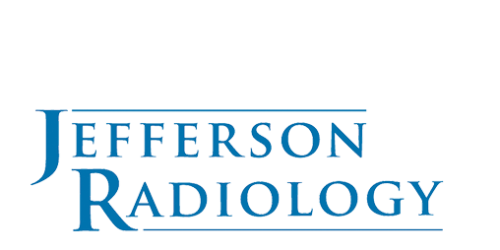