Back to the Future

It was February 2012 at HIMSS in Las Vegas when I first got a glimpse into the future of End User Computing. Little did I know that it would dominate much of my career over the next five years at Imprivata, and in particular within the healthcare industry.

You see, just a year and half before, at VMWorld in August 2010, Imprivata first announced our integration with VMWare View 4.5. The move towards virtual desktop adoption in healthcare had achieved a major milestone as Imprivata combined our expertise in strong authentication and single sign-on (SSO) with a leading desktop virtualization vendor on the market. The combination of these technologies helped solve access management challenges that many of our healthcare customers faced as they tried to provide a more productive workspace for their end users by deploying virtual desktops.

Eighteen months later, in December 2011, the future had arrived as Imprivata and Teradici officially announced the availability of a joint solution that was an industry first – strong authentication and SSO from PCoIP Zero Clients. For Imprivata, the Teradici PCoIP Zero Client was our very first non-Windows endpoint that integrated with our flagship product Imprivata OneSign. The integration was via a brand new authentication web API and the Imprivata Virtual Desktop Access feature which was already heading down the path of expanding beyond virtual desktops to include applications on the product roadmap. But the significance of being the first to market with this incredible joint solution cannot be overstated. It truly was a game changer for our customers, our company, and our partners.

Since these solutions came to market, much has been documented regarding customer success stories touting the benefits and return on investment (ROI) achieved by implementing the winning combination of SSO and virtual desktop infrastructure (VDI). The ROI based on clinician time savings alone is in the tens of millions of dollars. In fact, in the recent Imprivata 2016 VDI Report,  where customers told us why they adopted VDI, Josh Wilda from Metro Health reported, “in a year, we save $10 to $15 million by having clinicians spend more time at the patient bedside than logging in to the system and doing the work that a normal PC delivery would do.”

As a technical guy, one of the things that I’ve loved about all of this is that the benefits are not only for the end user but also for those behind it all…the IT administrators, who are responsible for keeping it running 24/7 in the hectic pace that is healthcare IT. With that in mind, I’d like to share some numbers that I think help explain why our customers choose to implement SSO and VDI. 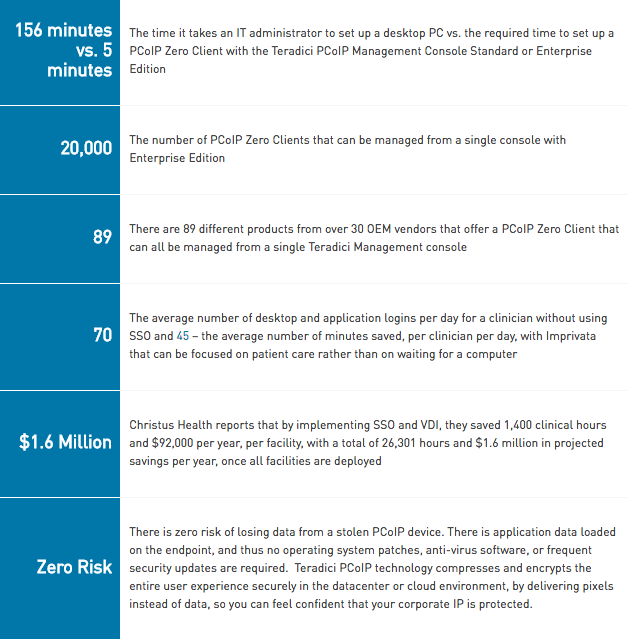 These numbers are pretty impressive and only tell part of the story…speaking of which, I’ll let one of our joint customers tell theirs – after all, that is what this is all about in the end.

Pardon me, I see my ride to the future beaconing. 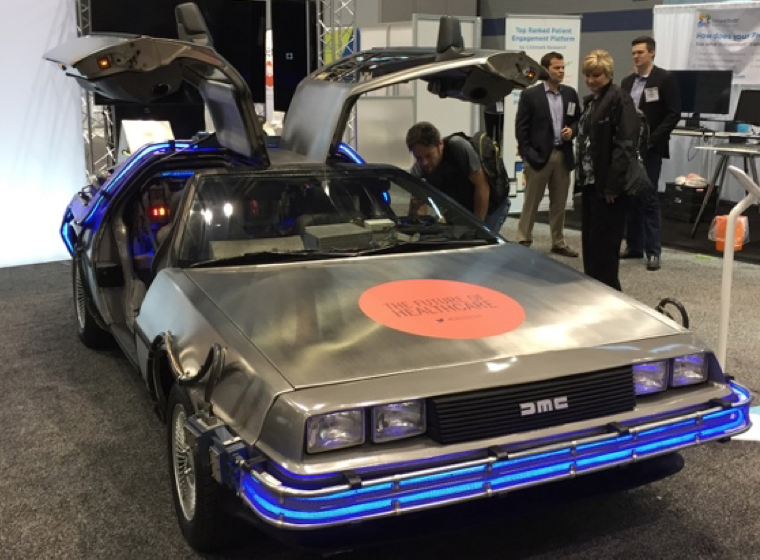