Electronic Prescribing of Controlled Substances can save lives

Opiate abuse claimed the lives of more than 1,000 Massachusetts residents last year, yet Massachusetts, a historically progressive adopter of health information technology (HIT), has yet to adopt Electronic Prescribing of Controlled Substances (EPCS), a critical part of the process for solving the prescription drug abuse crisis. As profiled in Forbes, my hospital system, Cambridge Health Alliance (CHA) recently partnered with Imprivata to successfully deploy a DEA-complaint authentication platform designed to provide EPCS-enabled care providers with identify-proofing, two-factor authentication, and auditing and reporting.

Used in conjunction with existing Prescription Monitoring Programs (PMPs), EPCS creates accountable and secure practices for those who prescribe and dispense controlled substances. EPCS allows healthcare providers to send prescriptions directly to a pharmacy electronically, eliminating the need for paper prescription pads, which can be altered, forged, or stolen to obtain prescriptions. Yet, fewer than 5 percent of prescribers in Massachusetts are enabled for EPCS, and less than 3 percent of all prescriptions for controlled substances were sent electronically last year.

One of the major barriers to EPCS adoption in Massachusetts, and other states across the U.S., has been the lack of technologies available to meet DEA requirements without inhibiting workflow and inconveniencing providers or patients. However, New York State has been able to overcome this barrier, and has not only adopted EPCS, but also mandated it through its Internet System for Over-Prescribing Act (I-STOP).

If EPCS adoption is possible in New York, shouldn’t it also be possible in Massachusetts?

Last week, I welcomed the opportunity to testify in support of a proposed bill on EPCS in front of the Joint Committee on Public Health at the Massachusetts State House. My testimony focused on the three major benefits CHA has realized since implementing EPCS.

I know from experience that EPCS can be implemented successfully in Massachusetts hospital systems, and that the benefits are numerous for both providers and patients. Requiring electronic prescribing of controlled substances is an important step that should be taken in order to fully realize the benefits of this technology across Massachusetts. 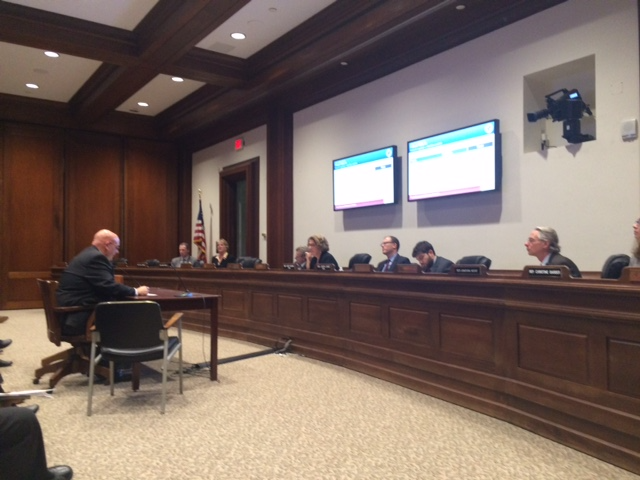